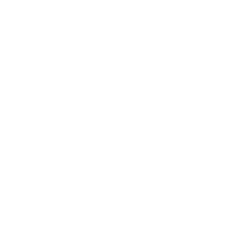 At this time when parents are taking their 5 year olds to their ‘big school orientation’ some media reports indicate just how active the ‘tiger mothers’ (and fathers) are at influencing and, dare I say it, bullying childcare and preschool staff.

An article by Jordan Baker in the Telegraph on 19th October reported that ‘childcare centres and preschools are giving homework to four-year-olds’.  When your child starts at primary school, you as a parent have an opportunity to stop this nonsense. The excuse often used by tiger parents to bully childcare and preschool staff is that homework for four year olds is getting them ready for the ‘real world of big school’.

In fact, there are thousands of educators in our primary schools who know that research clearly indicates that home work in primary schools damages children psychologically and educationally. Psychologists such as Michael Carr-Gregg have for years patiently and persistently pointed out to parents the well documented damage done to primary school children by homework. What is equally important, is that the research shows that young kids who do more homework are more educationally damaged than those who do less homework. The link below to an article entitled ‘Homework overload gets an ‘F’ from experts’, quotes Associate Professor Richard Walker from Sydney University as saying: “Kids who do more homework actually perform worse on standardized tests”.

So why is this situation not being addressed? As far back as 1991 Barry Dwyer a Director of Catholic Education published some of his own research in the Bulletin. In quick summary: it showed that the vast, vast majority of parents do not want all this competitive academic curriculum. School leaders face a dilemma. As modern age leaders they genuinely want to listen to parents but unfortunately it is the tiger mothers and fathers who make all the noise. I spent many years associated with schools in many roles in many different states and I can attest to the obsessive paranoia of this anxious noisy group.

Some nations are trying to introduce legislation to stop the incredible damage being done by this powerful group of bullies. There is evidence too, of another response to the situation. Around the world there are now millions of parents who are simply withdrawing their children from school. Some experts say that home schooling or unschooling is now the fastest growing segment of the schooling system.

I have major reservations about the effectiveness of both these reactions to the current problem. However if only the ‘silent (and vast) majority’ of parents  would stand up to these bullies it would greatly help many primary school leaders who dearly want to stop the damage and get back to their true calling which is to assist young kids to do what young kids want to do, which is to learn. Thomas Gordon, the founder of the Effectiveness Training Institute, once said that ‘parents are often blamed but seldom trained’. When a person becomes a parent, usually in their mid to late twenties, the experience is probably the most significant life-altering event of their lives. Many rely on their instincts to guide them in their new role, others harken back to the approach used by their own parents, while others deliberately try to adopt approaches which are the opposite to that used by their own parents. Some oscillate from one approach to another, almost on a daily basis. In the confusion, some turn to reading up on parenting approaches but find these approaches can change as frequently as clothing fashions. As a P.E.T. Instructor, I offer parents a systematic, evidence based, skills-focused course that has stood the test of time. In my experience, course participants are seeking an opportunity to improve their parenting skills and their relationships with their children and their partner and to learn how to better manage life’s daily pressures. To help busy parents, I offer the course in a number of different configurations such as weekends and between school drop-off and pick-up times. My own background is in education where I found the skills most useful in my roles as a teacher, a Guidance Coordinator and a Deputy Principal. The skills were also very useful in my days as an AFL coach and umpire and, most importantly, in raising my own children. The P.E.T. model also informed much of my work when I was lecturing at the University of Fiji and in working with engineers, parliamentary educators, lawyers and indigenous groups here in Australia. My qualifications include a Bachelor of Arts degree from the University of Western Australia, a Teachers’ Certificate from the Australian Catholic University, a Masters’ Degree in Education from the University of Wollongong, a course in pastoral counselling from the Yarra Theological Union and a Whole Brain Facilitation Certificate from Herrmann International Asia. Email: [email protected] M: 0407 238 389 Parent Effectiveness Training (P.E.T.) is now listed as one of the evidence-informed programs and supports on the School Readiness Funding Menu. This funding is being offered by the Victorian Department of Education & Training to provide additional support for kindergartens to help children get the most out of their early learning. Regular Family Meetings to Solve Problems: some guidance to have a great experience

Holding Family Problem Solving Meetings regularly will have so many benefits for your whole family and raise trust and confidence within your relationships.